Showing posts from 2020
Show all

The majestic forts of central and north Tumakuru 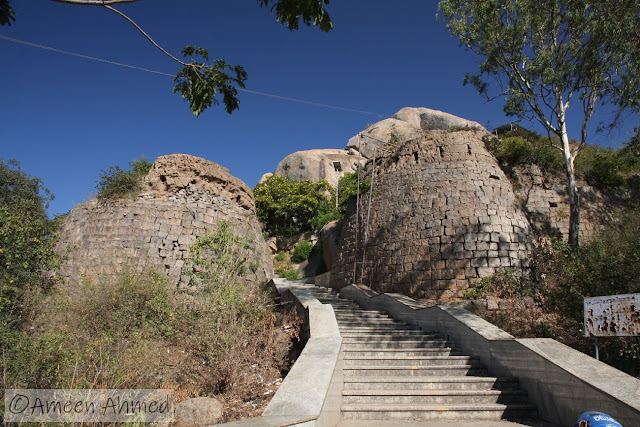 I was blessed to be born in Old Mysore region of Karnataka. This part of India is lucky to have been ruled by some of the most progressive regimes. The geographical landscape ranges from the dry eastern plains to the moist forests in Western Ghats. In between these two is the Closepet granite hill range, a chain of broken hills that run roughly north from Ramnagara near Bengaluru up to Hospet. Until the British subdued the biggest of threats to its existence in Indian sub-continent in 1799- the defeat and destruction of Tipu Sultan's ' Sultanat e Khudadad ', most of these hills had garrisons of troops that depended on the fresh water streams that originated from the trapped granite and the steep cliffs that formed a natural defense against enemy attacks. Over the centuries many local chieftains built forts atop these hills, improvised by later rulers. The last layer of work on each of these fort was the handiwork of the father-son rulers of Mysore Kingdom Haidar Ali and T
Post a Comment
Read more
More posts