Showing posts from June, 2015
Show all

A pictorial introduction to Lal Bagh, the crown of Bengaluru's green spaces 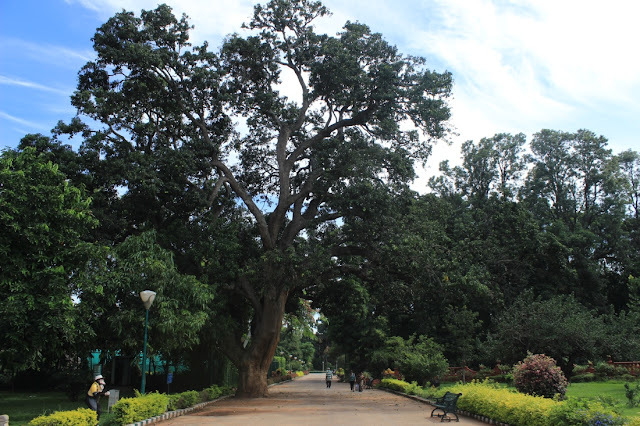 Lalbagh has historically been known for its wealth of vegetation. Some of the trees are over 200 years old like this tall mango tree, which bears fruits till date.  To see a larger version of this map click here The main gate of  Lal Bagh, an 18th century garden in Bengaluru. The construction of Lalbagh (pronounced 'Laal Baagh') garden in Bengaluru (formerly Bangalore) has been attributed to the father-son Mysore rulers Haidar Ali and Tipu Sultan during the 18th century when they ruled this part of India. The British Raj literature says that Haidar Ali's inspiration for Lal Bagh came from the Mughal-era Khan Bagh garden at Sira, Tumakuru (formerly Tumkur) District. Sira is a historically important town having been ruled by the Nayakas, Adil Shahis and the Mughals before changing hands between the Marathas and Haidar-Tipu. Beyond the death of Tipu Sultan on the battlefield on 4th May 1799 the British took over this garden and maintained it as a green space. Th
Post a Comment
Read more
More posts