Nature's marvel - the dramatic tides of Canada's Bay of Fundy 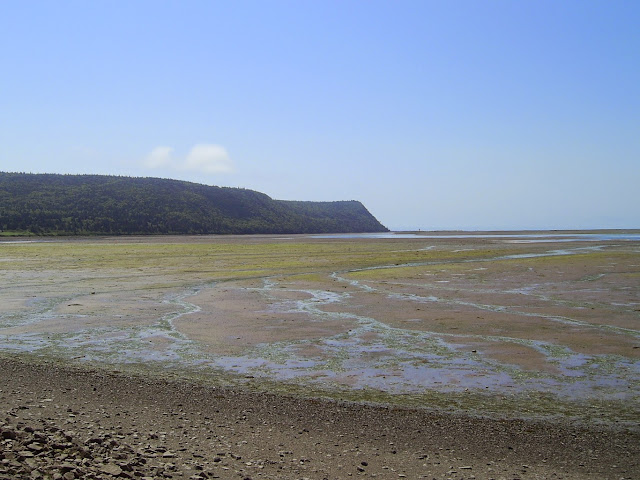 I was back near Advocate Harbour at 2:50 PM, in time to watch the high tide. It was  an impressive sight. What was a couple of hours ago barren soil was no covered with over 10 feet of water. Boats that were aground were no either floating on water or were driven off by the fishermen, in search of their bread. The tides rise and fall each day, covering and uncovering land and rocks. The cycle of life goes on dictated by nature. 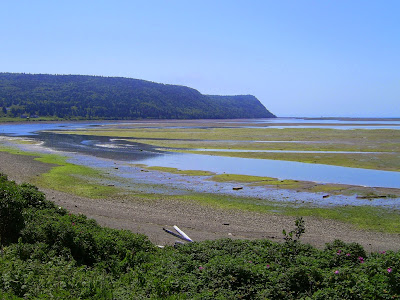 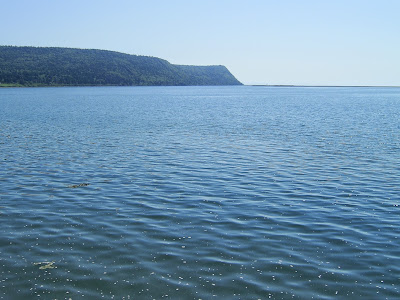 At Advocate Harbour, a board besides the road made me pull my car off the road. The board advised drivers to watch out for a 'Visually Impaired Child'. But coming from a society of one billion plus humans, it is tough for me to visualise a place where people are advised to take care of one solitary kid. It was something that I had never seen or heard in my life. One could only hope that I see such a thing in India at least once in my life time. 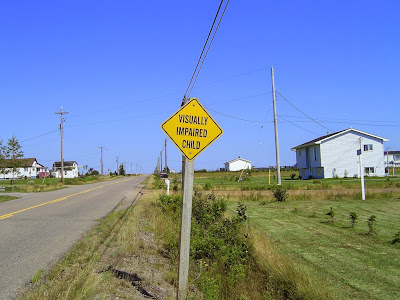 The drive ahead was over the cliffs that rose above the blue waters of Fundy Bay. On the many occasions where I could see the surroundings, the scenery was magnificent -  a neat road, blue waters, clear blue sky, dense forests. 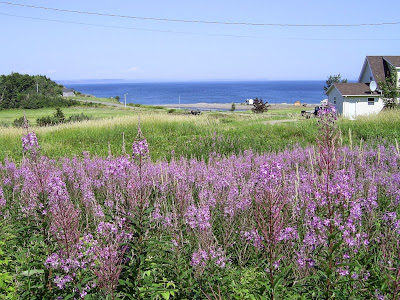 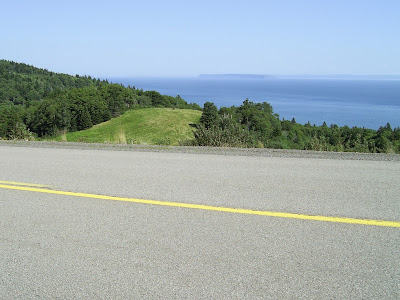 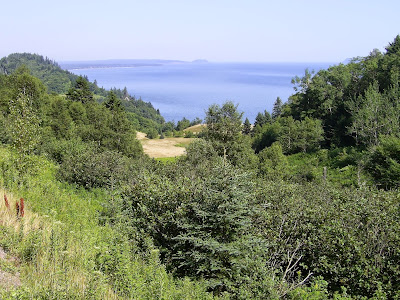 I took more pictures as I drove beyond Five Islands Provincial Park. I bought some sea food from a roadside restaurant. Stopping besides road at a place where I could see the magnificent waters of Fundy Bay, I ate the packed sea food to my fill. I thanked the almighty for making my trip a wonderful one till now. 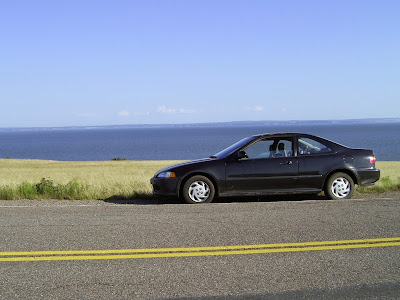 It was late in the afternoon when I reached Truro. Since I didn't have enough time to drive south to the Digby and Yarmouth area, I decided to drive to Halifax, Nova Scotia's capital. I reached Halifax before sunset. I drove around the downtown for an hour before chosing to spend the night at the YMCA hostel. The place was less expensive than the hotel I stayed last night but was within the city limits. Nevertheless I was alone and this place was more than enough for me to rest. I walked through the nearby streets for a while in search of internet cafes, but unfortunately the public access internet places were open only till 9 PM. I walked back to my place without getting to use one. But for a change staying within the city was a good break for me. I could see the city life so different from the forests that I had been mostly driving through the past few days.

For more information about a destination, have a tourist destination or your property listed on this page or to buy an image please email the author at tumkurameen@gmail.com
Advocate Harbor Bay of Fundy Canada East Canada Five Islands National Park Fundy Bay Maritimes