At about 4:30 AM just as the sun was dawning, the early morning chill woke me up. Eager not to miss the sun rise and the opportunities to photograph it, I took off on Edmunston Road. At Cabano, I took a deviation north onto Route 232 as planned. Fortunately it was a deviation well taken as this was a picturesque drive. I stop along on numerous occasions to take pictures of the serene lakes, forests and of course the roads, particularly with the backdrop of Lac-des-Aigles lake to the south. 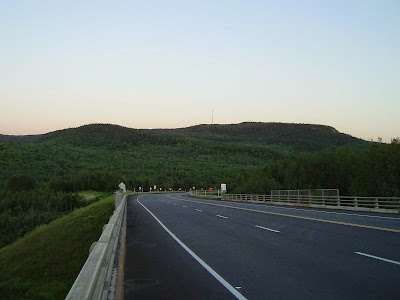 The scenic beauty increased as the road wound higher into the Appalachian highlands. I never thought Quebec would be so beautiful. Along the way I stopped at a small hamlet/ agricultural farm to collect some water to drink. A boy who looked barely in his late teens eagerly gave me some water. The boy could hardly speak any English and the only thing he spoke was French. Eager to thank him, I asked him his name to which he said Enrique. I told him I was from India and he asked me a question in reply ‘India’? Was this community so remote that this boy had not been taught about India in his school? I was surprised. 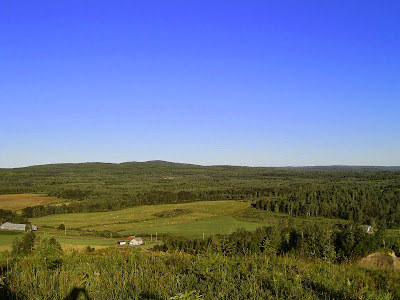 Driving ahead I stopped just outside the hamlet and had a breakfast at a scenic outlook besides the road. The forest clothed Appalachians rose above the beautiful and well maintained agricultural fields. The air had a hardly any dust. I could hear sound of streams in the forests nearby. The birds though not many, still made their presence felt through their melodious calls. I enjoyed every moment of this.

I continued along, stopping as I wished with none to question what I was doing. I tried to do justice to the beauty of the landscape through my lens. The idyllic villages along Route 232, the rolling farm lands mixed with dense forests, cattle lazily mowing the grass which was in plenty, made the landscape unforgettable. I could n’t but resist taking pictures of a beautiful church at St. Gabriel (Saint-Gabriel-de-Rimouski), a small hamlet.

A few km down the road, I stopped at a place to ask which way I needed to drive to reach Mount Joli which was my next destination. A lady who could hardly speak any English pointed the direction. This was near Quebec’s provincial park of Rimouski. I asked the lady if there were any interesting places in the park to take pictures to which she replied something in French that I could not understand. I left for Mount Joli and on the way I took more pictures of the beautiful farmlands rolling down into lush green forests along with some beautiful flowers that dotted the landscape. 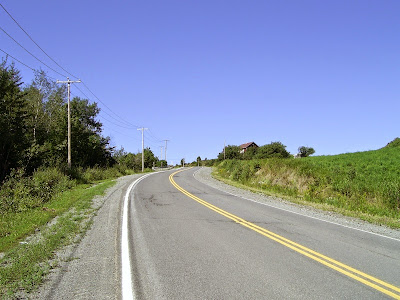 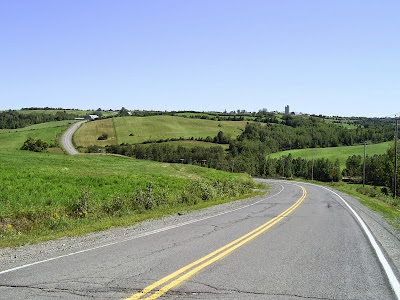 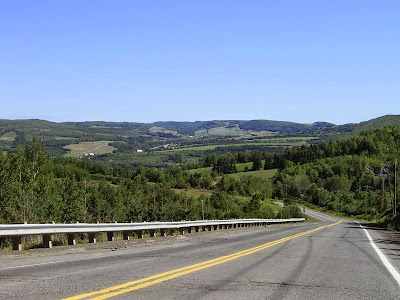 After reaching Route 132 at Sainte-Angele-de-Merici, I took a deviation east without touching Mount Joli. I travelled along the beautiful countryside and lakes of Quebec province stopping at traffic lights of the communities along. 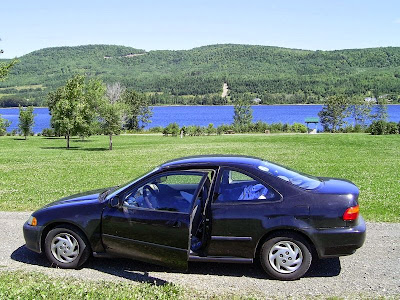 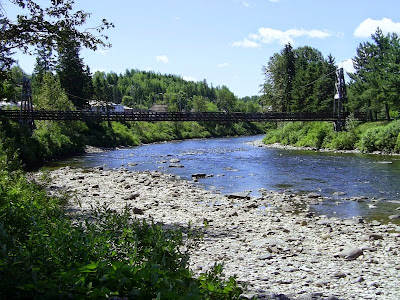 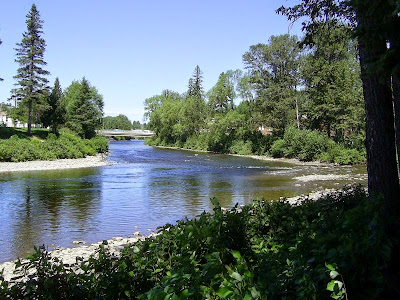 I travelled through the small towns of Amqui and Causapscal where the road wound through dense forests amidst the Appalachians. These were beautiful stretches of the road meandering their way through the Appalachians with tall forests, dense forests clothing the mountains. This scene to me was a mix of Himalayan temperate vegetation in an area having the altitude of Western Ghat foothills, inter spread with the amazing roads of north America. Travelling down the Appalachians I reached the Inter provincial Bridge that connects Quebec with New Brunswick, just a few kilometres away from the Atlantic Ocean. 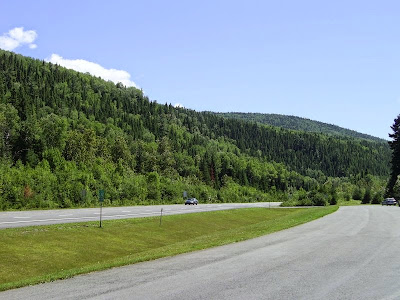 For more information about a destination, have a tourist destination or your property listed on this page or to buy an image please email the author at tumkurameen@gmail.com
Amqui Causapscal Interprovincial Bridge Lac-des-Aigles Quebec Quebec City Riviere-du-loup Saint-Gabriel-de-Rimouski Sainte-Angèle-de-Mérici