November 18, 2009
The state of Chattisgarh was carved out of Madhya Pradesh a few years ago. The state is rich in forests and minerals. Though the state has been in news of late due to naxalism - organised political violence, the central and northern parts of the state still make for a safe destination for tourists. Inherting the tourist infrastructure of the Madhya Pradesh Government, Chattisgarh still has many pretty and picturesque rest houses amidst natural scenery.

The famous Kanha Tiger Reserve, in Madhya Pradesh, is not to be seen in isolation. For, it is connected with many other tiger reserves through forested corridors. These corridors are critical for the tigers of the whole of Central India's Satpura Maikal landscape (SML) as they allow the big cats to freely move and disperse to the more safe and prey-loaded parks. Among these tiger reserves is Achanakmar. The forests of Achanakmar and its corridors are pristine and mostly untouched by development...

We flew into Raipur, the capital of Chattisgarh state on early morning of 7 Nov and drove through Bilaspur to the southern part of Achanakmar Tiger Reserve. We halted at Amarkantak village, surrounded by dense forests on all side.

Below are some pictures from the drive from Raipur to Amarkantak through Achanakmar Tiger Reserve. 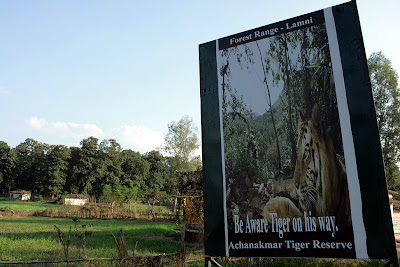 A hoarding inside Achanakmar Tiger Reserve. In the background is a human settlement. There are many villages inside the tiger reserve that are being relocated. Although none in the corridor are being done so. 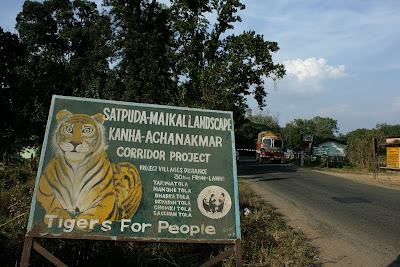 A hoarding inside the tiger reserve 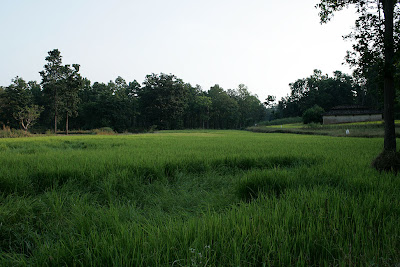 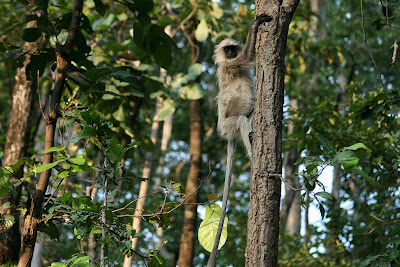 A langur in the forest 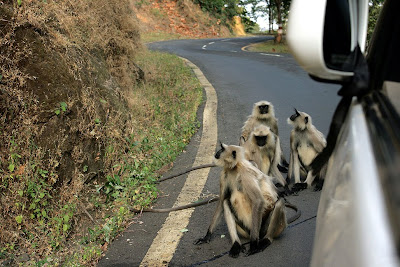 Fewer tourists means less feeding hands for these langurs. Hence, they are well behaved than their cousins in the better known parks across India.
---
For more information about a destination, have a tourist destination or your property listed on this page or to buy an image please email the author at tumkurameen@gmail.com
Achanakmar forest Achanakmar tiger reserve Amarkantak Bilaspur Chattisgarh forest Chattisgarh wildlife Maikal range Narmada birth Raipur to Achanakmar Satpuda Maikal hills Satpuda range