Save the sholas - grasslands 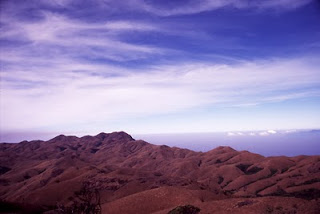 Shola-Grasslands are critical life giving vegetation. They are also home to extremely rich wildlife. But, unfortunately, these habitats are declining at an alarming rate due to region-specific causes. While tea and coffee estates have encroached upon many Sholas, many have been legally converted to agricultural areas. Relentless mining is another major cause. Urgent action needs to be taken to save this priceless natural heritage at any cost.

From permanent ice fields in Arunachal Pradesh to the baking deserts of Rajasthan, there are about  many habitats in India and as many as16 types of forests. This ranks India among the nations with the richest and most varied biodiversity. Much of this priceless natural heritage is concentrated in the Northeast and Western Ghats, two of earth's 18 biodiversity hotspots and where most of India's rainforests are confined.

Rainforests vary in their composition of vegetation and fauna, depending on the altitude. In Western Ghats, the evergreen forests found at lower elevations have towering vegetation, with many of the trees growing over 150 feet. But as the elevation increases, the tree height decreases. As these towering mountains rise above 5,000 feet, the mountain peaks are devoid of trees giving way for grasslands. The high valleys between mountains are covered by Sholas, a unique type of forests, exclusively confined in India to the high mountains of Western Ghats.

"Shola" finds its origins from the Tamil word "Sholai", meaning tree shade. Sholas or Montane wet temperate forests as they are also known, are very unique. In addition to the brunt of monsoons, Western Ghat peaks also face high intensity winds during monsoons, freezing cold during winters and have the eternal threat of both natural and man-made fires during dry summers. Although grasslands are prone to these risks as they lie on the slopes, the location of Sholas between hill folds helps them survive these hostile weather conditions. Sholas normally range from one to fifty hectares in size, except for a few like Thai Shola in South Nilgiris and Bhadrakali Shola in Eravikulam National Park, which exceed 600 hectares.

Flora and fauna
Sholas consist of dwarf trees rarely outgrowing 25-30 feet. The vegetation has twin storey with closed canopy, which hardly permits any sunlight to permeate in. Epiphytes like lichens, mosses, orchids and ferns thrive in plenty. But the most stunning feature of Shola-Grasslands is the remarkable similarity of many groups of flora and fauna here with those in Himalayas, particularly the eastern. This is particularly more true to the high Nilgiris plateau where species like rhododendron trees, Nilgiri tahr, Nilgiri marten and Nilgiri laughing thrush are found. The woodcock flies more than 2,000 km from Himalayas to Nilgiris. Another notable feature is endemicity, like the upper Nilgiris region has 8 species of plants found nowhere else on earth.

Many of the 200 species of orchids recorded in South India are found in the Shola-Grasslands. These forests are also extremely rich in animals. They host many of India's mammals, the endemic ones being Nilgiri langur, Nilgiri tahr, Nilgiri marten and others. Viable populations of tiger, wild dog, jackal, gaur, sambar and Asiatic elephants are spread throughout the range of this habitat.They are home to most of the birds endemic to Western Ghats like, black and orange flycatcher, Nilgiri flycatcher and Nilgiri pipit. Many butterflies which are endemic to Western Ghats like the southern birdwing, Nilgiri grass yellow, Nilgiri blue tiger, can be seen gliding amidst these mist covered valley forests.

Distribution
The northernmost extent of Shola-Grasslands are the hill ranges of Kudremukh National Park, which houses the largest area of Shola-Grasslands. The altitude of Western Ghats north of Kudremukh National Park rarely crosses the 5,000 feet mark, which might be among the probable reasons for the absence of Shola-grasslands there. Extending south, they are found in Kodagu district, Nilgiris, Anamalais, Palanis, High wavys, Meghamalais, and extend into the hills of southern Sri Lanka. But many of the Sholas in Karnataka are not considered to be true Sholas as they exhibit more of tropical elements unlike the Sholas of Nilgiris and those further down which are more of temperate forests.

Economic benefits
Shola-Grasslands are the giant sponges of nature, clothing vast expanses of the mighty Western Ghats. They absorb rainwater during monsoons and feed lakhs of perennial springs keeping them alive even during the severest of summers downhill. Every Shola, no matter how small it is, gives birth to a spring. Almost all the major rivers of South India originate in the Sholas: Tunga, Bhadra, Nethravathi at Gangamoola (Kudremukh National Park), Kumaradhara in Pushpagiri Wildlife Sanctuary, Cauvery at Talakaveri (Talakaveri Wildlife Sanctuary) and Lakshmanthirtha in Brahmagiri Wildlife Sanctuary. The Shola-Grasslands are so important as critical life giving waters that in places like the Nilgiris district the drinking water needs of 16 villages downhill are dependent on the 116 hectare Longwood Shola in Kotagiri town. Shola-Grasslands constitute some of the most picturesque landscapes in India. Be it Ooty, Kodaikanal or Munnar, almost all renowned South Indian hill stations have Shola-Grasslands as their major tourist attractions. They form a major source of revenue as their survival directly employs thousands of people.

Threats
Shola-Grasslands are declining at an alarming rate. The causes vary according to the regions. Tea and coffee estates have encroached upon many Sholas. Many have been legally converted to agricultural areas. As the Forest Department did not own them, they were technically not considered as forests, hence many of them were destroyed to make way for agriculture. Grasslands until recently were considered as wastelands or barren, resulting in large swathes of them being planted with exotic species like acacia auriculiformis (in Karnataka) and blue gum (eucalyptus globulus), wattle (acacia meansii) and pine (pinus patula) (in Tamil Nadu). But Kudremukh National Park under which the largest area of Shola- grasslands is present, is battling for its survival due to relentless mining by the Kudremukh Iron Ore and Mining Company (KIOCL). Many pristine Shola-grasslands have been devastated by KIOCL in Nellibeedu area. Unfortunately, the Forest Department is being pressurised to release more Shola-Grasslands including Gangamoola, the birthplace of Tunga, Bhadra and Nethravathi: the lifelines of millions of humans and countless precious wildlife. Of late, Ganja cultivation is emerging as another major threat to this habitat and its dependent wildlife.

Conservation
The uniqueness and importance of Shola-Grasslands in terms of their source as life giving waters and home of extremely rich wildlife should be highlighted in every way possible. Local communities and groups that can make a difference like schools, youth clubs around Shola-Grasslands etc have to be targeted to convey the message. Efforts in this direction are being seriously made by grassroot NGOs like Save Western Ghats Youth Network, Tamil Nadu Green Movement (TNGM), Kudremukh Wildlife Foundation, Wildlife Aware Nature Club (WANC), Nilgiri Wildlife and Environment Association (NWEA), Palani Hills Conservation Council (PHCC), High Range Wildlife and Environment Preservation Association and others throughout the range of Shola-Grasslands habitat. Unlike investments made on mining and other industrial projects that leave in-erasable scars on these beautiful hills building infrastructure to promote controlled eco-friendly tourism will help in their sustainable development. Urgent action needs to be taken by all of us to save this priceless natural heritage at any cost. Tea, coffee and mines can definitely improve our Forex reserves but can never replace the fine network of hundreds of thousands of water generating factories: Shola-Grasslands.