On the road to paradise: Mukurthi National Park, Nilgiris

Tucked away in some forgotten corners of our country are a few remote wildernesses. Among them is Mukurthi National Park, among India’s most picturesque wildlife reserves. Situated to the west of Ooty, in the south-eastern corner of scenic rich Nilgiris Plateau, Mukurthi begins at some isolated periphery of the pleasant human imaginations.

Bordering Kerala and spread over an area of 78 Sq. km, Mukurthi consists of montane temperate forests, which comprises the twin eco system of high altitude evergreen sholas (valley forests) and rolling grasslands. Mukurthi occupies the crest of Nilgiris plateau, consisting of some of the highest hills in South India. The average elevation is over 8,000 feet, with Kollari betta (8624 ft), Mukurthi (8380), and Nilgiri (8122) being the high peaks. The park generally slopes towards east and south giving birth to numerous perennial streams, most of which drain into the Bhavani Puzha. This bounty of geographical features combined with pleasant weather makes it extremely scenic. Dense forests of many other divisions belonging to both Kerala and Tamil Nadu engulf this park. To the north and east it is continuous with the forests of Nilgiris south division. To the west, these gigantic hills drop over 6,000 feet into the forested slopes of Nilambur south division, Kerala. To the south and south-east it continues with the forests of Mannarkad division of Kerala. To the southwest it merges with the equally spectacular Silent Valley National Park, which rivals some of the richest bio-diversity  areas on Earth. 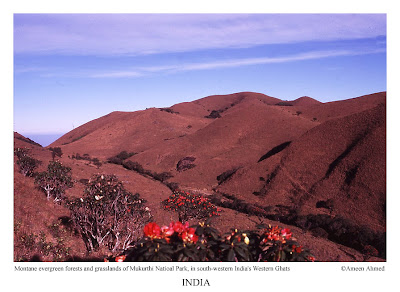 Much of Mukurthi’s flora and fauna like the rest of the Nilgiris has remarkable similarity with the Himalayas. Rhododendron, a high altitude tree species that decorates the grasslands of Mukurthi in abundance, is not found anywhere else between Himalayas and Nilgiri plateau. It flowers in non-monsoon period. The tree layer here has only two storeys with epiphytes like lichens, ferns and a host of beautiful orchids being found in abundance. The presence of Nilgiri Tahr or Mountain goat in Mukurthi is another example of the similarity of this area with the 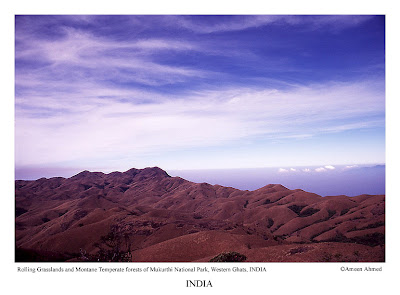 Himalayas. Nilgiri Tahr, which was the previous name of Mukurthi National Park, was earlier found in most of the shola- grassland habitat of South India, including Brahmagiri hills of Karnataka. The introduction of Tea converted many of these pristine Tahr habitats into tea plantations. Of the handful habitats remaining today, Mukurthi holds the second highest population of Nilgiri Tahr in the world, next only to Eravikulam National Park of Kerala. But the Tahr found in Mukurthi are wild and shy, unlike the ones found in Eravikulam. The Tahr at Mukurthi, share the grasses with herbivores like Sambar. Dependent on them are a host of carnivores like Tiger, Leopard, Wild dog, Jackal and Fox. Also found here are Sloth bears, Wild boars and smaller mammals like Blacknaped hare, Nilgiri marten, Giant Squirrel and stripe necked mongoose. Elephants use the park as a path to migrate. This park is a paradise for birds and bird lovers. The hills echo with the `laughs’ of Nilgiri Laughing Thrush, a bird endemic to these parts of Western Ghats. Grey jungle fowls are found in good numbers. While Woodcock makes a non-stop flight from Himalayas to these hills to spend its winters, Nilgiri pipit is another bird endemic to these hills. Some of India’s largest and most beautiful insects glide in the valleys here. Southern Birdwing, India’s biggest butterfly is worthy of being mentioned.


Temperatures are freezing cold here. Even during summer, which is the best time to visit the park, nights are very chilly. The monsoons continuously pour around 3,000 mm of rain for over 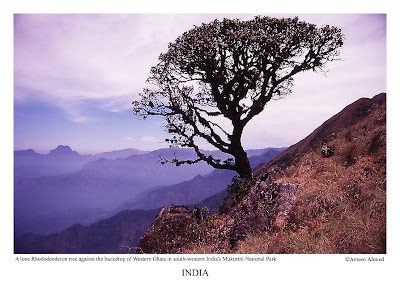 five months in a year. Heavy rains, dense fog, high velocity winds, turn this area into an impregnable fort during monsoons. Winter sets in immediately after monsoons, when temperatures are usually freezing and ground frost is common during nights.


Mukurthi and its surrounding forests offer some of the toughest but most scenic trekking paths in South India. One can access the Nilgiri and Mukurthi peaks from T.R.Bazaar village from north. From east, one can trek from Avalanche forest rest house towards Madipumalai hills. But probably the most rewarding of treks in the entire Western Ghats is the one from Upper Bhavani to Bangitappal, descending into the Silent Valley through the Sispara Pass. Nature lovers who have trekked this trail refer to it as the `mother of all treks’ in South India. Trekking along this particular trail one gets the opportunity to see various types of evergreen forests and if luck permits some of the rarest wildlife. The scenic splendour along this path is unparalleled anywhere across South India.

Mukurthi has retained its pristine beauty due to the strictest possible protection afforded to it by the Tamil Nadu forest department over the years. The wildlife officials are being helped in this arduous task by Nilgiri Wildlife and Environment Association (NWEA). Formed way back in 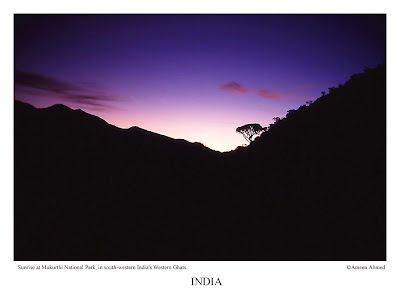 1883 to regulate wild game hunting in the Nilgiris, NWEA over the years has proved itself to be a highly organised NGO dedicated to conservation of wildlife in Nilgiris and its surrounding districts. The association has around 500 members, the core of whom help forest department in organising wildlife census programmes, anti- poaching activities and educating the common man to conserve the unique flora and fauna of Nilgiris. The association, led by famous hunter turned conservationist Late Major Richard Radcliff, was instrumental in creation of Mukurthi National Park and has donated many of its former hunting bungalows to forest department. The organisation is now helping forest department to include other Nilgiri Tahr habitats adjoining the park, which were excluded from the park boundaries when it was created. The park if enlarged will be 111 Sq km.


The park although zealously guarded, has its own threats- the most serious among them being forest fires. Poachers and tress passers from across the border in Kerala occasionally slip through anti-poaching patrols and set afire the grasslands. This kills a lot of ground dwelling wildlife like snakes, ground birds and insects. A number of hydro- electric projects have been constructed within and around the park, which have destroyed large tracts of forests. Also the policy of the forest department until recently, to plant fast growing exotic species like wattle and blue gum, has had a negative impact on our native species.

Facilities for casual picnickers are nil. A few trekking sheds built by the wildlife wing officials to shelter adventure seekers, have been devastated by high velocity winds. Due to isolated nature of this park and the high level of protection it enjoys, permission is given only to visit park periphery. This is probably the reason why Mukurthi has not gone the way of well-known sanctuaries. Probably why, it still remains at the far edge of our imagination … on the road to paradise. 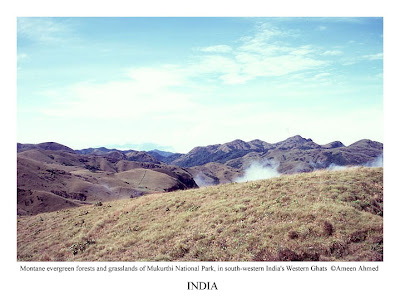