Showing posts from May, 2010
Show all

Amaranth Yatra: The spectacular views on the drive to Baltal and Zojilla Pass 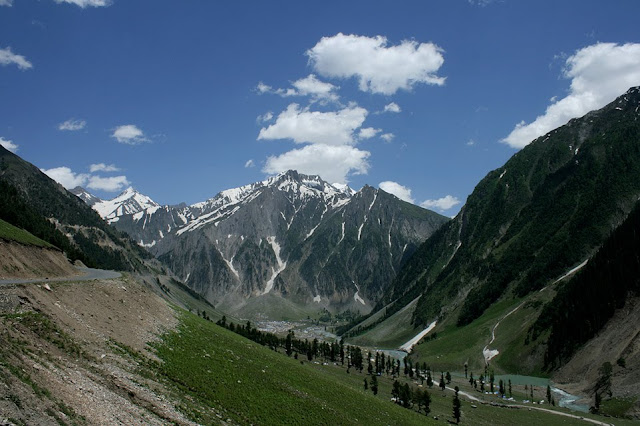 The Amarnath Yatra (pilgrimage) is an important event for Hindus. The annual event, usually held in July, draws in thousands of people every year from all over India.
There are two approaches to yatra venue - the Amarnath cave. One is from the town of Pahalgam in the south, while the other is from north from Srinagar via Baltal. The yatra approach from Baltal  is a few km off the Srinagar - Leh National Highway No: 1D. The route passes through some spectacular landscapes of Kashmir Valley. After the picturesque Sonamarg hill resort, we drove straight on the National Highway. Splitting from the yatra route at Baltal, we ascended the Zojilla pass and drove to Drass town and ahead to Kargil town. The sprawling yatra premises is visible very well as one climbs the mountains towards the Zojilla Pass.


The peaks get taller as one moves away from Sonamarg.
One of the many glaciers that we came across on the drive.
There are no human habitations beyond Sonamarg, as the road to this hill reso…
Post a Comment
Read more
More posts